The Qiantang River tidal bore starts from the first day to the fifth day and from the fifteenth to the twentieth day of the lunar calendar, among which July to September see the most splendid tide.

On the afternoon of August 22 (the fourth day of July in the lunar calendar), many tourists vied to see the arrival of the tide in Yanguan Tidal Resort Park. At 14:13, along with the roar of the tide, a "white line" gradually approached from the distance. When it comes closer, the tide became a one-meter high water wall, magnificent and imposing.

The reporter learned from the center of Qiantang River Basin that after the plum season, due to the impact of the long-term tidal bore and super large discharge this year, the upstream sediment did not deposit until it was washed to Babao. The river bed of Qiantang River was scoured deep and the water level was low. The natural sand bar in the downstream river bed and other obstacles that could raise water level and slow flow speed was reduced. Therefore, during this period of time, the speed of tidal water was increased, faster and more traffic. 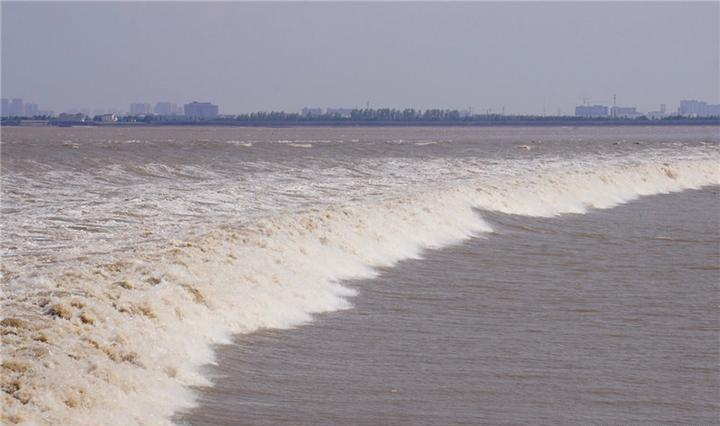 (Compiled and translated by Xu Yuhong)