The sun was still two hours away from setting, but the lights were already on at "520 Happy Street" in Putuo District, Zhoushan City.

"One cannot say he has been to Zhoushan if he didn't try any seafood in the evening breeze." Group of tourists rushed into the night stalls and were "captured" by freshly caught Arne, Nibea albiflora, and other fish.

The bustling Night is the pride of the Putuo citizens. According to statistics, about 2.417 million tourists came to Putuo in June, bringing more than 20 million yuan in turnover tonight food stalls and night markets alone. 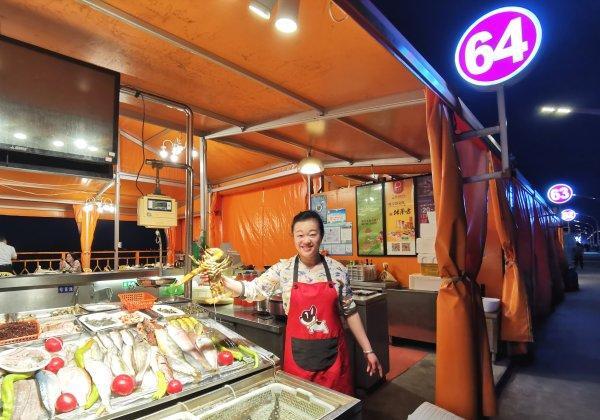 After more than 30 years of development, the night markets become a window to observe the city - it is not only an engine to stimulate local consumption, but also a business card to show Putuo culture to foreign tourists.

Many people may think that owners of the night markets are aged 40 to 50. However, walking around "520 Happiness Street", you will find that young people are the protagonists here. 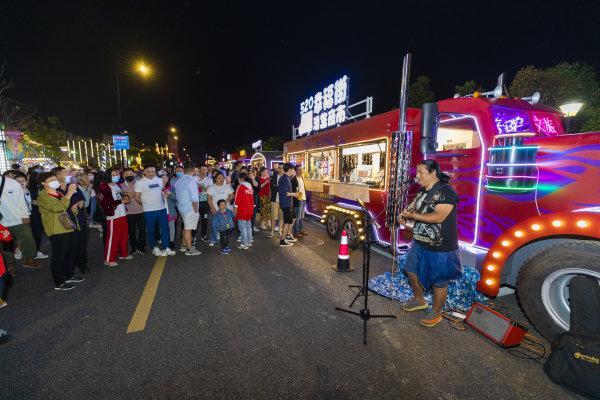 As night fell, and when it was time for dinner, people on Putuo were already in groups, talking and laughing towards "520 Happiness Street".

"Night markets" were the memory for generations of Putuo people. In the 1990s, the night market in Shenjiamen was an integral part of Putuo's nightlife. Later, Donggang New Town got popular, followed by Kaihong Square, Auchan Supermarket, Shanshan Putuo Tower ... More and more choices were available. The night market, not updating for many years, however, gradually fell out. On November 25, 2017, Shenjiamen Night Market, officially withdrew from the stage of history.

Today, the return of Putuo Night Market has aroused enthusiasm inside people, and it also shows Putuo's dining, delicacies, leisure, and entertainment culture to tourists from all over the world, injecting continuous impetus into the recovery of Putuo's tourism. 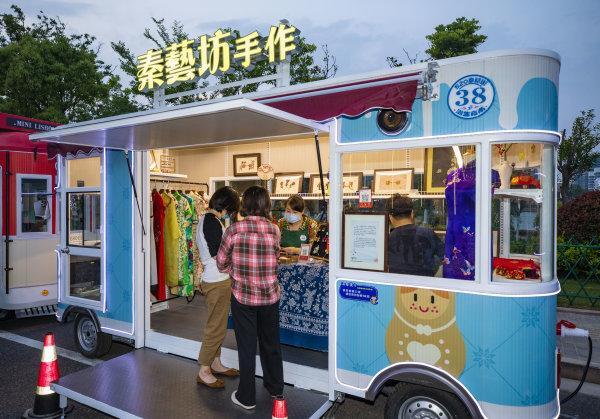 However, Putuo Night Markets are different from what they were like decades ago. In addition to food, there are also various cultural and creative products that attract residents and tourists, especially those creative products with fisherman's characteristics. Putuo's night market format is gradually shifting from a place simple for eating, drinking, and entertainment consumption to an attraction providing tourists with diverse experiences of city history and culture.