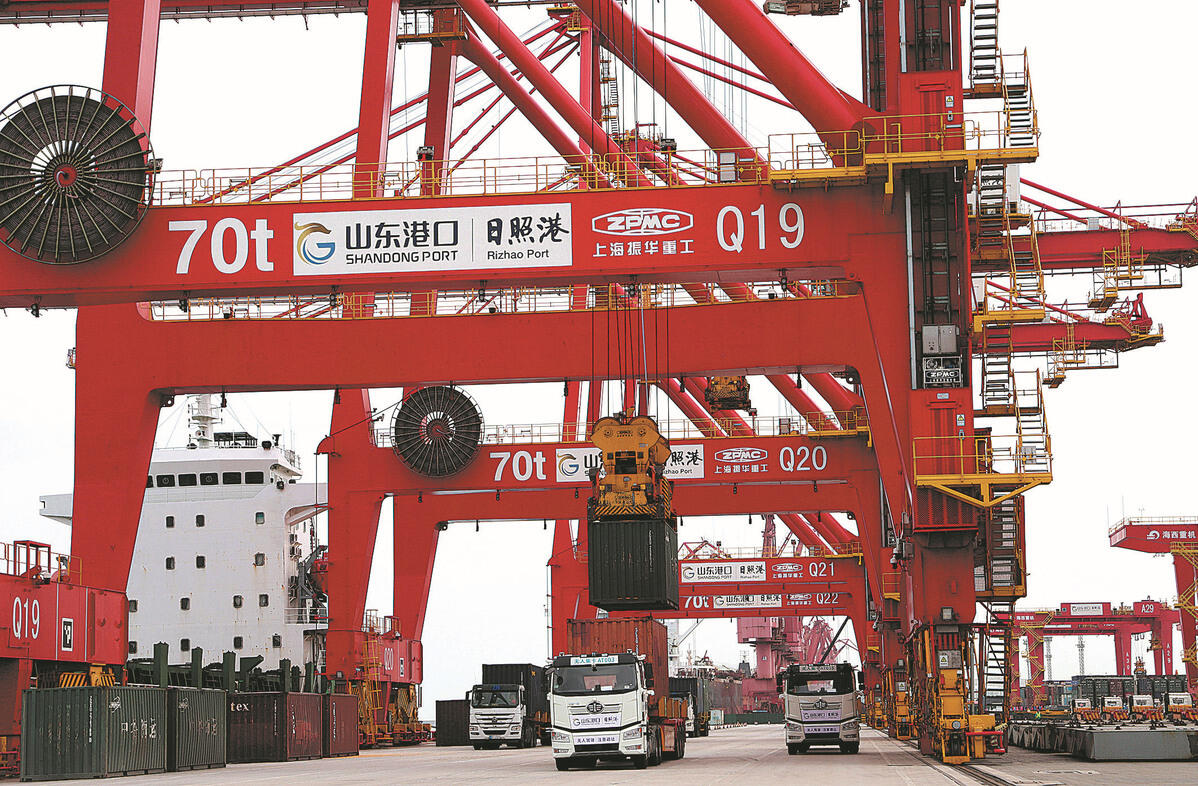 Quality, structure of exports and imports, and economy's resilience shine

China's foreign trade is expected to maintain its growth momentum despite rising uncertainties arising from the slowdown in global economy, thanks to the nation's complete and stable industrial and supply chains, experts said on Monday after reviewing data on the first three quarters of this year.

The latest data from the General Administration of Customs showed on Monday that China's imports and exports were valued at 31.11 trillion yuan ($4.29 trillion) in the first three quarters, up 9.9 percent year-on-year.

The combined export and import value rose 9.4 percent year-on-year for the first half of the year, while the yearly export and import growth rates were 13.2 percent and 4.8 percent, respectively, during the period.

"The trade growth during the first three quarters has edged up from that in the first half, with further improvement in trade quality and structure, which has demonstrated the strong resilience of China's foreign trade," said Gao Lingyun, director of the international investment division at the Institute of World Economics and Politics, which is part of the Chinese Academy of Social Sciences.

Li Yong, a senior research fellow of the China Association of International Trade, observed China has maintained foreign trade growth momentum and will continue to keep it stable, despite negatives such as the slowdown in global economic recovery and COVID-19 disruptions.

"Thanks to its complete industrial chain, China is able to produce and supply products at relatively low cost and in a stable manner, while the inflation in developed economies has snarled the global supply and demand systems," he said.

He also said as the effects of policy measures adopted by the Chinese authorities since September to further stabilize foreign trade are expected to further manifest themselves, greater potential of the sector will come into play.

GAC data also showed China's trade quality and structure are on track to realize optimization. Experts said such improvements are underpinned by the sound long-term fundamentals of the Chinese economy. The country is expected to adopt more measures to facilitate trade growth and improvement, they said.

The nation's trade with the Association of Southeast Asian Nations, the European Union and the United States rose 15.2 percent, 9 percent and 8 percent year-on-year, respectively, in the first three quarters.

General trade surged 13.7 percent to 19.92 trillion yuan in the first three quarters, accounting for 64 percent of total foreign trade, which was 2.1 percentage points higher than that in the same period of last year.

Li of the CAIT said authorities should identify key areas where exports have fallen short of expectations, as well as key barriers hindering export growth, and apply targeted policies to help exporters.

Zhou Mi, a senior researcher at the Chinese Academy of International Trade and Economic Cooperation in Beijing, said China should make more efforts to boost trade with developing economies, through institutional arrangements like free trade agreements that can create better conditions for exporters.

For developed economies, trade potential in sectors like renewable energy should be further tapped, he said.

Gao of the CASS suggested the country should continue to bolster the development of new business forms and formats in foreign trade, improve trade facilitation and help enterprises to take part in offline expos.