The Singles Day Shopping Festival, a trendy commercial campaign first initiated by Alibaba on Nov 11 in 2009, has become one of the largest online shopping sprees worldwide that can serve as a barometer for China's consumer confidence.

A resident from Hangzhou, capital of East China's Zhejiang province, surnamed Luo said she was "sober" in the first hour after the presales started until she joined a live-streaming studio on the e-commerce platform Taobao.

"I tried to stay rational, but soon my online shopping cart was stuffed with cosmetics, daily necessities, and pet supplies," Luo said.

Last Wednesday, a live session by Li Jiaqi, a well-known e-commerce live-streamer with the moniker "king of lipstick," was watched by 249 million buyers and sold over 10.65 billion yuan (about $1.67 billion) of goods at the start of the "presales day" of this year's shopping festival, also known as the Double Eleven.

Presales for the Double Eleven shopping festival began earlier this year, as major e-commerce platforms kicked off the event at 8 pm on Oct 20, four hours in advance than the previous years, to better cater to the growing demand from consumers. Consumers pay the balance from November 1 to 3. They can receive the products 10 days in advance.

In the "extra" four hours, e-commerce giant JD.com saw the number of users who placed orders expand 40 percent from the entire "presales day" last year, while many brands also scored big in the shopping extravaganza.

This year marks the largest Singles Day shopping carnival on Tmall, with a record of 290,000 brands participating and more than 14 million varieties of commodities offering discounts, according to the company.

On October 27, Tmall Double Eleven officially launched the "green venue". Consumers can enter the page by searching for "green double 11" on Taobao. On the basis of the discount of "over 200 minus 30", green goods in the venue can be superimposed with green shopping vouchers of "over 1000 minus 100" or "over 100 minus 10". 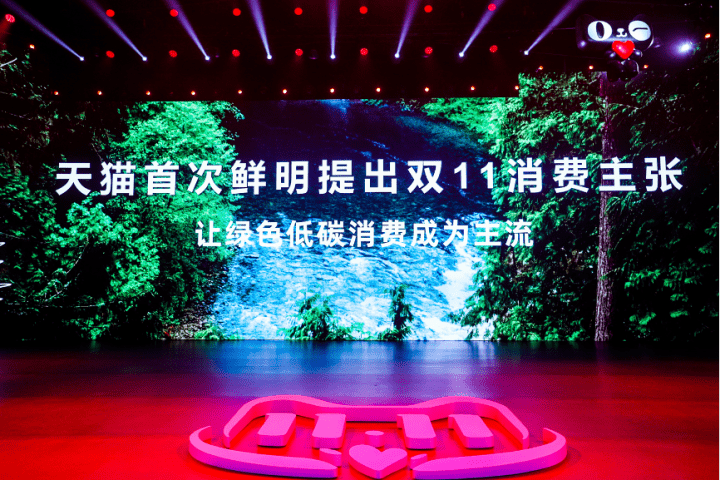 Double Eleven is no longer just a simple consumption carnival but a platform for enterprises to reveal understandings of "better life" as well, said Tung. According to industry insiders, advocating green consumption has become a consensus of many e-commerce platforms.

Private consumption in the future

This year's Singles Day shopping spree will come as a shot in the arm for China's consumer market, which is already on the mend, said Fu Yifu, a senior researcher at Suning Institute of Finance.

China's private consumption is expected to more than double to about $13 trillion by 2030, matching the size of the current US market, according to a research report by Morgan Stanley.

The growth will mainly be driven by China's "dual circulation" development paradigm, the policy of narrowing the development gap, and the world's leading digitalization, said Xing Ziqiang, the company's chief economist.

Wang Bin, an official with the Ministry of Commerce, noted that the country would take multiple measures to accelerate the development of new consumption.

China will promote the healthy and sustainable development of live-streaming e-commerce and cross-border e-commerce, as well as make full use of international expo platforms such as China International Import Expo and China Import and Export Fair to expand import consumption, Wang said.