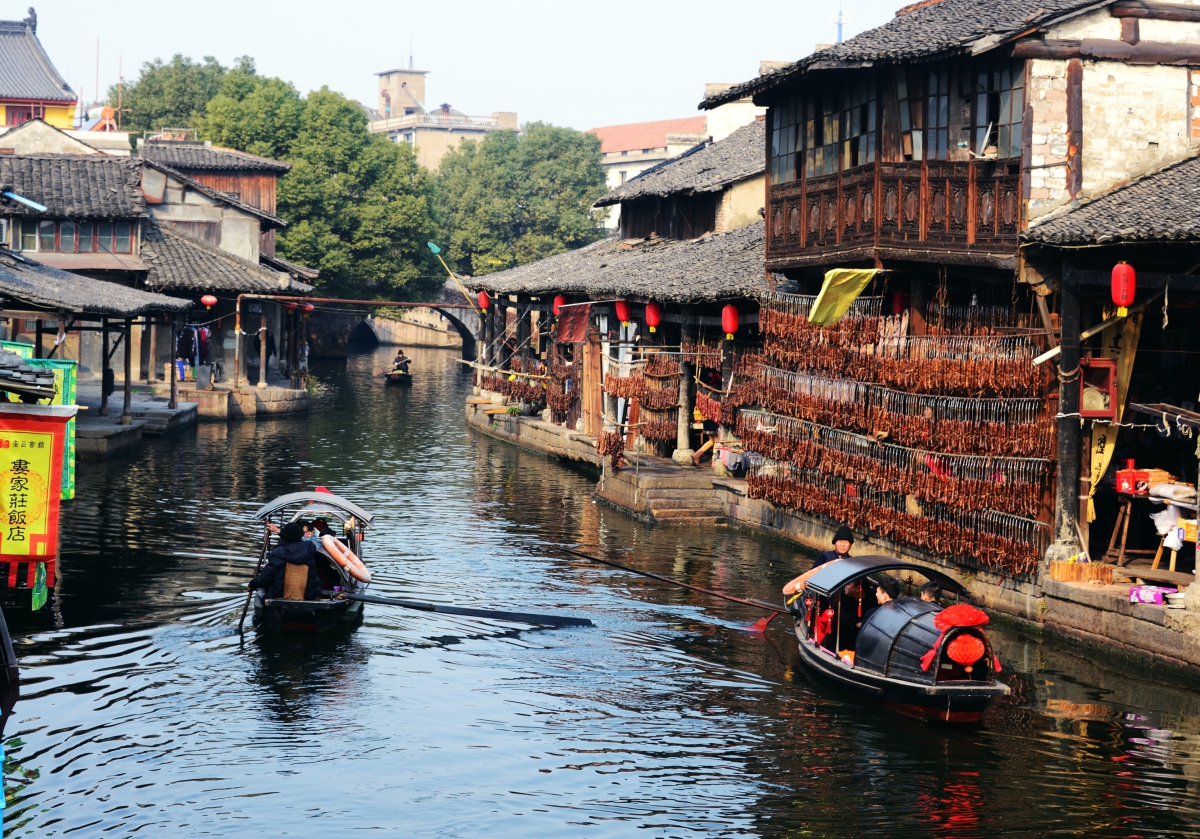 Shaoxing (Chinese: 紹興) is a prefecture-level city on the southern shore of Hangzhou Bay in eastern Zhejiang province, China. It was formerly known as Kuaiji and Shanyin and abbreviated in Chinese as 越 (Yuè) from the area's former inhabitants. Located on the south bank of the Qiantang River estuary, it borders Ningbo to the east, Taizhou to the southeast, Jinhua to the southwest, and Hangzhou to the west.The prefecture-level city of Shaoxing administers three districts(Yuecheng, Keqiao, Shangyu), two county-level cities (Zhuji, Shengzhou), and one county (Xinchang).

Shaoxing City is one of the essential cultural centers in Zhejiang Province and one of the first national-level famous historical and culture cities. Shaoxing is an old city and also a renowned region of waters and lakes, as well as wines and bridges. The scenery in Shaoxing is marvelous and beautiful.

Notable residents of Shaoxing include Wang Xizhi, the parents of Zhou Enlai, Lu Xun, and Cai Yuanpei. It is also noted for Shaoxing wine, meigancai, and stinky tofu, and was recently featured on A Bite of China. Its local variety of Chinese opera sung in the local dialect and known as Yue or Shaoxing opera is second in popularity only to Peking opera. In 2010, Shaoxing celebrated the 2,500th anniversary of the founding of the city.

Economically, the city's driven by manufacturing of textiles, electronics, and energy-efficient lighting. Zhejiang has the fifth highest per capita GDP in the nation, with the city itself at 32nd nationally by GDP per capita.