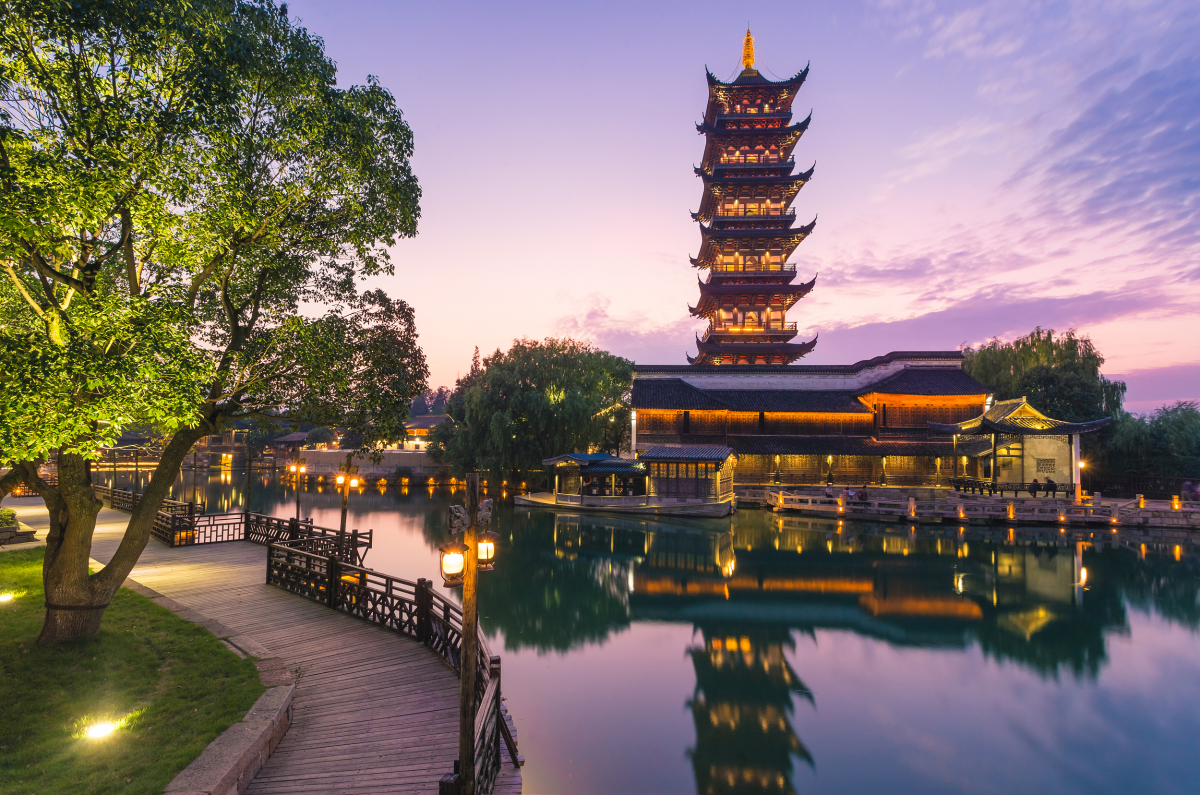 Jiaxing is a prefecture-level city in northern Zhejiang province, China. Lying on the Grand Canal of China, Jiaxing borders Hangzhou to the southwest, Huzhou to the west, Shanghai to the northeast, and the province of Jiangsu to the north. At the 2010 census, its population was 4,501,657 and its built-up area made of 2 urban districts was home to 1,201,882 inhabitants.

Jiaxing system began in Qin Dynasty and has a history of more than two thousand years. Jiaxing since ancient times as a prosperous and rich land, known as the "land of plenty", "Silk City" reputation, is a national historical and cultural important city.

In 1949, Jiaxing County, Jiaxing City, respectively, after merging frequently. In August 1983, the administrative office of the Jiaxing area was revoked, divided into Jiaxing and Huzhou, and Jiaxing city and suburbs. Under the jurisdiction of Jiashan, Pinghu, Tongxiang, Haining and Haiyan, 5 counties were administered. In November 1993, the city of Jiaxing was renamed "show city". In June 21, 1999, the suburbs changed its name to Xiuzhou district. In 2005, the city of Jiaxing changed its name to Nanhu Lake district.